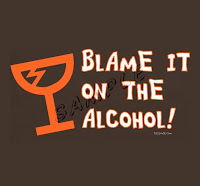 This blog post isnt about me or my running today, other then for me to say Im seriously LOVING Train Like a Mother 1/2 Marathon Finish It Plan but strides kinda suck.

Anyway, todays post is because a miracle happened on July 4th (of this year, not 1979, when I, myself, arrived...a miracle to my parents and future husband, of course) I mean the miracle that only happens when husbands spend a little to much QT with their long lost buddy Mr. Budweiser, jump into conversations their wives are having and end up committing to ridiculous things thinking they are committing to less ridiculous things.

July 4th....simple conversation starts with a friend named "A" who is running the Monument 1/2 Marathon with me in October asked if I would think about running the full with her next year.  I said SURE (not sure if that was SURE, Ill think about or SURE, Ill do it....I have well over a year to figure that one out) and then said if you can convince "J" to run the 1/2 this year.  "J" says something along the lines of I should, I want to, I need to....took her awhile but we did get a YES out of her and "H" who was a YES all along but had some husband/ranch duties/travel/shopping plans for that weekend already that she needed to work out.

Somewhere along the lines "J's" husbands ear perk up and he (and his Budweiser) come over and say "what are you doing? I can do that to, sign me up also"  and he walks away.  This is where things get interesting because MY husband (and his Budweiser) who was sitting right next to us the whole conversation also jumps in and says "what did he just say, he can do it, I can do it also, sign me up too!"

Ummm, ok....whatever you say Budweiser boys.  It wasnt till after the party, on our way home I looked at him and said "do you really think your ready for a 1/2 marathon?"

Oh Mr. Budweiser.....for years and years you have been helping smart people make stupid decisions and thanks to "S" and  "S", your streak continues :)

I was feeling sorry for him and told him that if he didnt get some solid runs in the next few weeks (before his 12 week training plan started) I would chalk it up to Budweiser taking over the common sense portion of his brain and let him off the hook.

Then he ran back to back 3 mile runs at a 9:08 pace.....his ass is toeing the starting in Scottsbluff because for 2 years he has been LYING to me about how he CANT run.  He CANT run and he really CANT run outside.

Bullshit.  LIAR LIAR PANTS ON FIRE.  He is going to the race and he is running and he probably will NOT beat me to the finish line but thats ok because I know the secret to getting him to do these things with me now....Mr. Budweiser.

I wont complain to much....committing to running is better then ending up like these pool fools?? 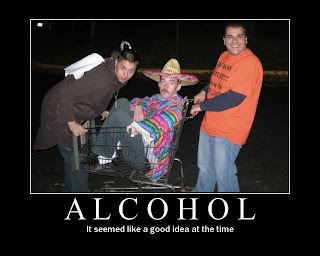