Turkey Day has come and gone.  We had 2 family celebrations...Thursday, Turkey Day itself, with my inlaws at their house.  The kiddos, hubby, bro-in-law and his wife and kiddos, and my mother and father in law.  Its a nice...low key.  Just how I like it.

Friday, was a few more people, a little farther away to celebrate with my husband aunt and uncle, and their kids.  Minus my bro-in-law and his fam, but add in a bunch more people.  And the Huskers football game.

Both were great, but Friday was super fun!  We played Apples to Apples...ever played that??  No, if not you need to get it.....you NEED play it.  And if you drink wine, you NEED to play after you have been drinking wine. 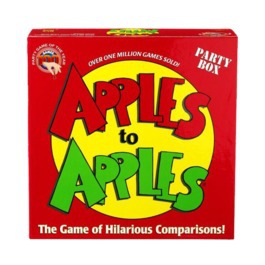 Random amounts of fun with family....thats what holidays are made for!!!
Yesterday, I had an all day EMT class I had to attend, then we headed to Denver to pick up Stinkerbell after her Turkey time in Michigan.  She flies by herself (YIKES) and she does a great job, but I still get really worried about it.  FYI, for anyone who is facing or thinking about their child flying unaccompanied minor, I HIGHLY recommend Frontier.  For starters, its only $50 one way as opposed to $100-200 ONE WAY.  They have DirecTv that included in the UA program, and really, they are never, ever left alone.  There is always a flight attendent watching over her.  Cant be that difficult, with DirecTv and on a plane by herself, her mom isnt there to bug her about watching to much tv....she is perfectly happy.
NOW.....lets fast forward to last night....when I left the hotel to get to the airport an hour before she was due to land.  ONLY to get stuck at check in (honestly, the ONLY time I have had to wait, even when I was the passenger).  Apparently because I didnt have 600 over-limit bags and I stood there without a pissy unhappy look on my face, I wasnt worthy of anyone's attention.  So that took me 20 minutes.....and then I got stuck in security (because the Saturday after the busiest travel day of the year its a great idea to have 2 security lines going at a major airport).  There goes another 30 minutes (see the problem arising????)  I was really happy that I was close to her gate once I made it through security so I figured I would be ok.  I mean really, what airplane lands early, and even if they do land early, they still have to sit for 20 minutes on the tarmac waiting for the jetway to be set, ect...right....
Well, kinda.....as my heart started to beat a little faster when I saw a whole group of people walking towards me wearing the tell-tale colors of Maize and Blue...I knew I needed to haul my runners arse to the gate.
Just in time...she was walking down the aisle as I got to the counter......OMG!
Of course, her plane would land late when I get stuck for  the first time at tickets and security.
Ok, so maybes its not the first time ever, but it was the first time I have gotten delayed trying to get to Piper flying solo.  Thats a whole seperate ballgame.  Me missing a connection or losing my luggage is on thing....Piper partaking in her own version of  "Home Alone" DIA version.
Not to mention she is a 9 year old female who is prone to psychotic episodes that tend to included alot of crying, yelling, crying and yelling at the sametime, small doses of rational followed by more hysteria and then possibly landing herself on CNN.
Its better to just make it to the gate ontime.
And really, I did....I mean, I wasnt early but I wasnt late.  Technically.
The rest of the night is the reason why I was able to run a really good 10K today...my kids made me nuts.  Thing 1 was as cranky and crabby as his sister would have been if I had to have tied my shoes after going through security.  Thing 2 was not interested in sleeping in the hotel room.  Or the pack n play...or really, sleep in general.  Stinkerbell was exhausted from a full day of traveling (did I mention her plane landed at 845  815pm!).  Daddy was cranky cause he was at the hotel with the boys while I hung out with TSA and me, well I was just exhausted from the 8 hour EMT class, followed by the 4 hour car ride to Denver.
Tired, cranky, crabby family....I started dreaming of a long run before we left Denver this morning.
And I got 'er done.  10k...6.2 miles (why does 10K sound less intimidating to me that 6.2 miles?) in U.N.D.E.R 60 minutes.....booya!!!
﻿
﻿
Posted by Mom_2_Pippa at 7:44 PM