Uphill and into the wind

Not just "wind" but "WInd" only the first 2 letters are capital because as wondefully craptastic as the wind is today it can be worse.  Much worse.
I planned my long run for Friday this week because Sunday is kinda booked with Mr. Bunny hopping his happy little furry butt to town.
I planned on getting up at 6am, going for 8-10 and being home before Shawn had to leave to check calves but it didnt really matter if I was later because Piper didnt have school today and she could watch the boys for a few minutes. 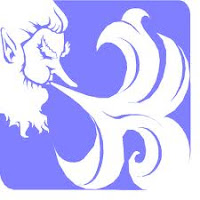 I did not plan on the 30-40 mph sustained winds with gusts 50-60.  Hmmmmm.....could be interesting.
I did plan a route of 2 miles out and back.  That would keep me out of the killer hills, give me a place to leave my water (mailbox) and only have to do 2 laps.
I got all my stuff laid out making sure to remember my knee brace wrapy thingy (does that have a specific name???), charged my iPod, Garmin, found my shoes and EVEN laid out my socks.


Yep...Prepared (with a capital P...hey...everyonce in awhile I kinda know whats going on). 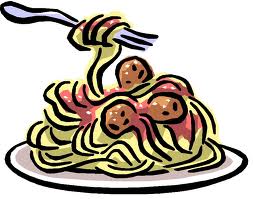 I carb loaded Thursday night, I drank tons o' water, went to bed semi early...Im telling ya...Prepared.
So WHHY did Mother Nature aka SUPREME BITCH WOMAN feel it necessary to screw up my plan with wind.  Havent we had enough wind this spring?  AHHHHHH!!!!

Anyway, the first 2 miles were brutal.  Uphill and straight into the wind.  But it did help knowing that I only had to do that for 2 miles.  It drizzled a little but it wasnt terribly cold so it wasnt bad.  My legs felt strong, my music was going (Yes, I had my iPod going today...better then the wind!!!) and I felt good.
FINALLY (all caps) I was getting a good groove and I felt like if I didnt have the wind, I would dominate 10-12 miles!!
Alas (getting all fancy on ya now, right :) I did have the wind and while miles 3-4 were border line pleasant (going with the wind) I then had to face the wind, again for miles 5-6.  BRUTAL (caps).  But got it done.  Then I was happy to turn around and head back for the last 2 miles.  At mile 7, I made the decision to go for 10 miles....thats how freakin' good I felt!!!  In that gosh-awful wind I was ready to push 2 miles farther then I had initially planned.  My ankle was tweaking a bit but thats from the car that came up behind me and startled me, which resulted in my stepping off the road and rolling my ankle.  Nothing major...just and ache.  My knee felt good, my hamstring was tight but not driving me bonkers.  I was ready for more.
To bad for me Shawn put the dog outside not realizing I had changed my mind (despite what I want to have happen, he is not a mind reader......then again maybe I dont want that).  Anyway, I hit 8 miles, turned around and went back for 2 more but my little red buddy was trotting along behind me.
Our 13 year old Irish Setter, Junior, loves to run with me.  Unfortunately, he is having some hip problems and some back issues and he just cant handle it anymore.  He cant stand being left behind so he keeps following me.  He is good for about a mile so I just went back out for .5.  Its hard to not be able to have your running buddy be able to hang anymore.  Makes me a little sad. 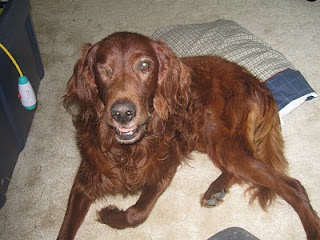 But my run was great......1:24 giving me a 9:52 pace.  With the wind...ILL TAKE IT!!!  Felt great to get it done, and while I miss running with my human running buddies it was nice to get it done solo.  I think its important to be able to say "I can do this and I can do it alone".  I know I can accomplish many things with my friends there but I think its really important to prove to myself that I can do this alone also.
Tomorrow, recovery run of 2-3 miles....maybe a few miles on Sunday before over indulgence in jelly beans, and then another long run on Monday if the girls are still game for one?  Im at the point now where its about the long run and making them solid and strong.  Maybe not "Fast" but "strong".  I dont want to crawl across the finish line in Lincoln :)