Did you know that April 4th was named Preemie Awareness Day in Australia.  Well, it started a few years ago in Australia but being about kiddos and especially kiddos who have a rough start in life, its a story that families all over the world can relate to.  And thanks to social media, April 4th gave us one more reason (as if we needed one) to celebrate how amazing our little one's are.

Most of you know that Thing 1 (aka Sage) is my resident preemie.  Ill spare you the exciting details but I developed severe pre-eclampsia in my second trimester which led to an early induction and the arrival of my little man on November 3, 2009 at 34 weeks.  Weighing 4lbs3oz and 16 inches long. 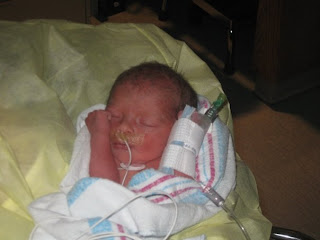 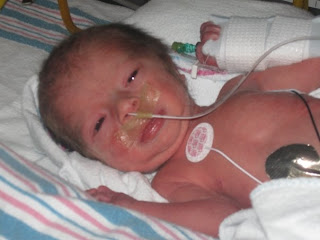 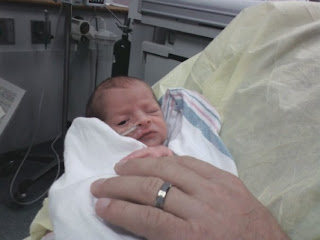 We spent the next 13 days living in a daze hotel room nightmare car hospital room (that happened to be 90 miles away ONE WAY...just sayin....) holding our little man every couple of hours and praying as much as possible.

I wrote a blog post the mothers day after he was born because it dawned on me (DUH) that there are alot of moms who would be celebrating their first mothers day listening to monitors humming and leads beeping in the temperature controlled HOT BOX called the NICU.  They would hope that this would be the day that their little one would suck on the bottle and be able to lose the dreaded NG tubes.  The would cry when their littles one opened their eyes when they said their names, and they would cry when their touched made their babies cry, because the nerves in their skin were still very sensitive. 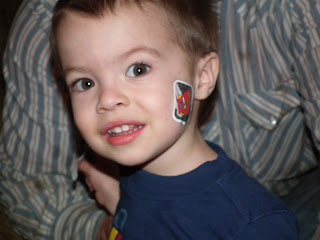 I wanted to post that blog again because its PREEMIE AWARENESS DAY!!  I encourage you to send up some extra prayers for the littlest little ones who are fighting such huge battles so early on.  But also, send a prayer up for their parents.  The babies are in the best possible situations for them and many of them thrive....but there isnt much there for mom and dad.  The nurses do the best they can to reassure you and support you but really......someone else is taking care of your baby.  Thats the hardest part.  Pray for the preemies and pray for their moms and dads...grandmas and grandpas, sisters, brothers, aunts, uncles, cousins and everyone else who loves them.  My preemie is now a wild and crazy 2.5 year old who doubles as a spider monkey in his spare time.  He is a lover and terrorist and 100% perfection.  Sending prayers to all the NICU moms and dads that their babies will be as happy and healthy as mine is.
Posted by Mom_2_Pippa at 9:31 AM