Its that time of year again...the annual blog I have to write.  Really, I love to blog....but some topics I really REALLY despise and frankly, this is one of them.  And every.damn.year I find myself writing something very similar to what I wrote before.  But really...how many different ways can I put it out there...

I F.N. HATE SNAKES.  Not even just a little bit...I mean ImafreakingdiZaster when the IDEA or POSSIBILITY of a snake within a 1 5 10 mile radius of me.

Let me be honest....I would to live in Capri or Ireland and not because of the beautiful weather and gorgeous scenery.

I know that many of you are new followers so let me put here that it really doesnt matter what kind of snake or how big.  Im a freak of nature when it comes to them and therefore, equal opportunity discriminator.  Gardener, Bull, Water....dont f'n care.  KILL EM ALL!!!  Yes, I realize that none of those are venomous.  I wont say deadly because when I drop for a heartattack after an encounter, it will be all the snakes fault.

Let me cap the last couple of years since I moved into the Snakeandhills.

#Last year I almost stepped on a 5 footer walking to the barn.  Screamed.  Shawn killed him.

#Heard the dogs snake bark (yes, Junior had a different bark when he found a snake....what am Im gonna do now....pansey ass Husker runs and hides.....CRAP!!) sent Shawn outside...killed one 6 feet from our door.  Or so I thought...but when THE barking started again....sent Shawn back out again.  THEN it started AGAIN and I told Shawn he wasnt coming back into the house until the snake was dead and buried and not coming back.  That was a 3 footer (and in several pieces).

# Two ago heard THE BARK right outside the living room window.  That one was "little"  feet.  He got post HERE.

Several on the road (that I ran over), dogs cornered 4 total in our yard so Im guess the realistic actual number of how many are there is more like 1,256,357.

I know that time of year is here when I start seeing facebook posting like "saw 2 bull snakes in the driveway" and "killed a bull snake today".

THEN my father-in-law came over for cinnamon roll Thursday Wednesday and informed me that he shot one on their sidewalk last night.  Great.  Then he had to add that it didnt die right away, it was still moving when they got home from the school program so my MOTHER-in-law (yes MOTHER....dad is just as bad as I am...really) had to finish it off and bury it.  At least one person in my family understand.

It was just a matter of time before I saw one.

OK, so I havent actually SEEN one yet.  But he was there....I was warned, and told and confirmed the existence (well, former existence) of a really big (and I dont mean big as in my over-active imagination BIG, I mean, Shawn's exact words were "that was a big sonofabitch....he made a thud when I ran him over") bullsnake smack in the middle of the road.  MY road...MY RUNNING ROAD.  The place I was this morning....top of the hill where the f'ers always are.  ALWAYS.

Kari sent me a text, told me to run the other direction because she knows that I am of out control paranoid beyond help a freak of nature when it comes to this little problem and its better for all to avoid it all together.

Not good enough...I replied "go back and kill it" P.S. She lives 7 miles down the road...NOT in the direction of the snake.

She (this is the part where she proves how much she loves me) said if it wasnt gone when she drove back home, she would move it for me.  AWWWW...thats what true friends are for....to warn you of the snake and then move the dead ones so you dont have to see it.

So now you are all aware.  Painfully from laughing so hard at the depth of my ridiculousness.  Some of you have witnessed it.  Some of you only imagine how bad I it can be (you have no idea...I called my dad once.....he lives in Michigan....but it made sense at the time).

I will have you all know that I am perfectly capable of killing a snake....thats why I have shotguns and shells in the basement.  All I have to do is point in general direction and fire away.  THAT I can do. 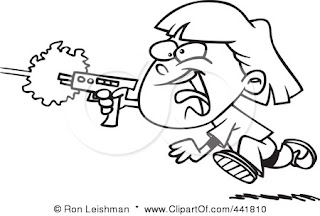