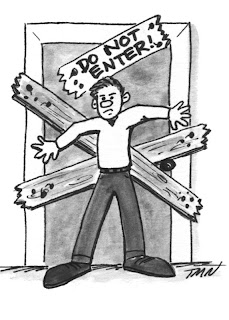 First the flu the week before and over Christmas then Bronchitis the week after.

We got germs everywhere in my house.

In case you missed the first round, I recap for you, without the gory details:

Wednesday Beezer throws up...twice.  Thursday its Sager' turn and he threw up all over his pillow pet (FYI...those wash up really well).

Friday Shawn and I both landed in the bathroom within 15 minutes of each other.  I was puking, it was gross.  It lasted most of Christmas Eve (minus the vomit) and finally on Christmas Day I started feeling human again and even managed a run that I should have skipped but felt like I knew my body well enough to tough it out....I was wrong.

On Christmas Eve, Shawn's uncle was holding Bran and said he sounds raspy and congested, which was new.  He got worse and my plan to take him down on Monday to the clinic was foiled by the clinic being closed on December 26.

So we ended up at the ER with a diagnosis of Bronchitis and antibiotics.  Directions to elevate his mattress, get a humidifier going in his room and Vicks Vapor Rub his back and chest multiple times a day.  We were already doing all that stuff....not my first kiddo ;-)

Of course, Beezer isn't sleeping well...not with all that crap in his chest and coughing, plus it feels like the Florida in August when you walk into their room.  Boy doesn't sleep well....therefore, mom and dad aren't sleeping well.

So I wasn't surprised this morning when Sage woke up screaming/hacking/gagging and sounding like Alvin the Chipmunk.  It was only a matter of shared sippy cups time before he had it also.

Safe to say, it is miserable in my house right now.  Everyone is cranky.  Everyone is fussy.  Someone is always crying, occasionally, its a child.  The only one who isn't sick in the girl-child and that cause she is 4 states away.  Lets hope we have this kicked in the boo-tay before she gets back next week.